Want to live in San Antonio? City named No. 10 in the country 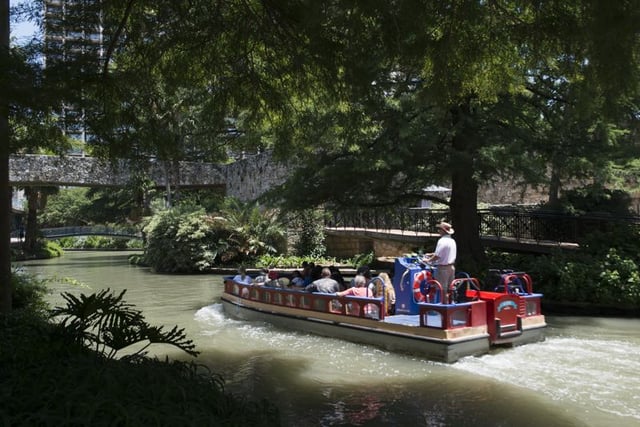 Those who live in San Antonio already know how great it is, and more and more people are figuring it out every day. Travel + Leisure magazine readers are the latest to point out all the city has to offer, naming San Antonio No. 10 on its list of The Top 15 Cities in the United States.

“From New York to Santa Fe, Honolulu to Nashville, American cities represent some of the world’s most thriving hubs for art, culture, music, and incredible regional cuisine,” said Travel + Leisure. “When we asked T+L readers what urban centers stood out from the pack, they had one clear answer: Southern crowd-pleasers. Eight out of the top 15 cities this year hailed from that region, and the list included iconic weekend getaway destinations like Nashville, San Antonio, and Asheville, North Carolina.”

At No. 10, San Antonio was noted for its “sights and landmarks, culture, cuisine, friendliness, shopping, and overall value,” said News 4 San Antonio. Those are all also factors contributing to the city’s growing popularity as a go-to city for today’s homebuyers. Clearly, people want to live in San Antonio; summer home sales have jumped from the strong numbers of last season and we well as from the same time last year when sales hit record numbers. “Summer home sales are off to a sizzler of a start in San Antonio,” said KSAT. “In May, even before school let out, 3,133 existing homes were sold — an 11 percent increase over the same time one year ago. The median price for those homes was $219,700 — a 5 percent jump from the prior year.” Per the San Antonio Express-News and the San Antonio Board of Realtors, “A total of 29,508 homes were sold last year, an 8.2 percent increase from the 27,256 that were sold in 2015.”

Many of those home sales are being concentrated on the South Side, where a combination of increased attention thanks to the “redevelopment of the San Antonio River's southern leg and the designation of the Spanish colonial missions as UNESCO World Heritage sites,” said the Express-News, new amenities like Brooks City Base, a bustling job market, and real estate affordability is driving growth. Mission Del Lago is the fastest-growing community on the South Side, and a brand-new T.J. Maxx Distribution Center is set to be developed across the street, promising more new jobs and opportunities in the neighborhood for those looking to live in San Antonio.

Mission del Lago features homes from leading national homebuilders Lennar and DR Horton as well as an abundance of community amenities including its own sparkling pool and pavilion, two on-site parks, and a community golf course. For more information about living in San Antonio, visit Mission del Lago. You can also view all move-in ready homes at the link below.