The SouthSide in the spotlight 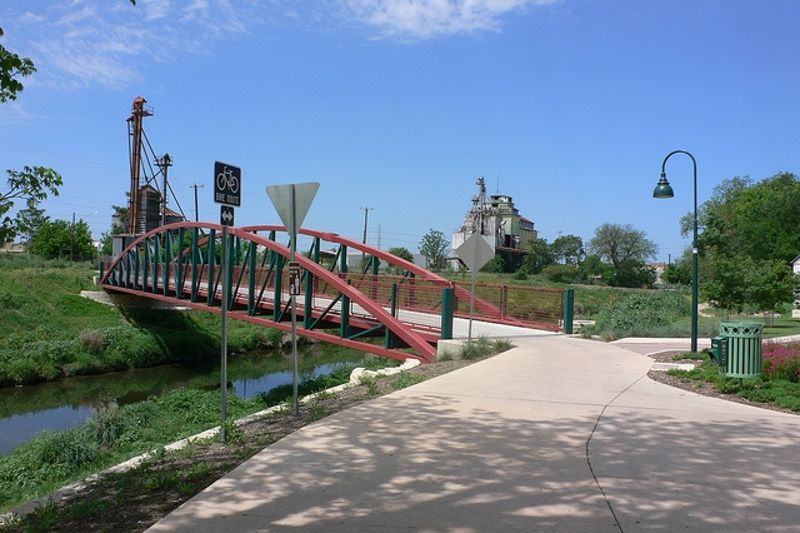 San Antonio is a growing, in-demand city among homebuyers, jobseekers, and businesses, and with all the excitement, the spotlight is on the Southside like never before.

“South San Antonio has grown more vibrant in recent years in the way of economic development, thanks to the Toyota plant, the transitioning of two air force bases into industrial/business parks, Texas A&M San Antonio, among several other public and private successes,” said the Bexar Witness.

Buying a home in San Antonio is just one of the exciting things happening here. The following is a sampling of what's making the Southside San Antonio’s hottest area.

The economic impact on San Antonio and Bexar County is expected to be tremendous, with a bump of up to $105 million and more that one thousand jobs by the year 2025. Also this year, $31.5 million was set aside to restore The Alamo.

Mission Reach has helped transform the SouthSide with an eight-mile stretch of the San Antonio River that has been turned into a “quality riparian woodland ecosystem.” This $271.4 million project was funded in large part by Bexar County and the City of San Antonio to create a place for strolling, running, or biking, while connecting four of the missions to each other and to the River Walk. In addition to more than 20,000 trees & shrubs, more than “15 miles of trails, eight street connections, 89 benches, 137 picnic tables, five overlooks with shade structures, nine water edge landings, six foot bridges and four pavilions” were added.

The ongoing work at Brooks City Base, taking it from a shuttered Air Force Base into a central Southside hub for fun, entertainment, employment, housing, and tourism, has made it the most exciting redevelopment project in San Antonio. $54.9 million in revenue bonds are supporting projects at the base including:

The “transformation of Brooks Air Force Base…has created a perfect storm of opportunity. Those tasked with repositioning the former military site are convinced the campus is positioned now to attract more hotel investment and visitors, creating new economic opportunities in an area of the city that has missed out on much of the market’s multibillion-dollar tourism trade,” said the San Antonio Business Journal.

One of the SouthSide’s top employers, the San Antonio Toyota Manufacturing Plant was called out by Business.com as one of the reasons why San Antonio is a top place to get a job. The plant announced it would be adding hundreds of jobs this year in response to “huge demand” for Tacoma and Tundra trucks that are manufactured there. The facility has also ramped up to a six-day schedule.

San Antonio’s unemployment is only 3.4 percent with a population of more than 1.4 million, leading Business.com to say, “There are not many cities (that are) more impressive.”

As the Southside continues to grow, it attracts more and more homebuyers. Many are returning to the area in which they grew up, newly inspired to raise their family in this revitalized area. Many others come from the abundance of growing companies in the area. What they have in common is a desire to find a chic, affordable new home in an inviting community that's private and scenic yet close to area employment. The answer is increasingly Mission del Lago.

The pride of the Southside, Mission del Lago offers a range of spacious, well-designed homes from renowned builders D.R. Horton and Lennar Homes for everyone from first-time buyers to mature families to retirees, to veterans. Beautifully designed residences filled with modern amenities start from just the $150s with square footage spanning from 1,308 to 3,000+.

Located just five minutes from IH-37 and 15 minutes to downtown, the community presents a scenic, serene setting and a host of amenities including the 18-hole Mission del Lago Golf Course that winds throughout the neighborhoods. New amenities including a swimming pool, clubhouse, walking trails are being built starting late summer.