As printed in the SAN ANTONIO NEWS-EXPRESS on May 27, 2014. For online article, please click here 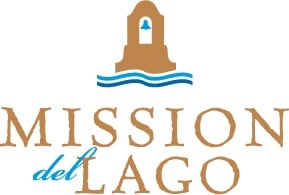 Kim Woodbury, vice president for purchasing company SouthStar Mission Del Lago Developer LLC, said that the community — the first of its kind on the South Side — is still on track to eventually hold about 2,300 single-family residences and 850 multi-family homes, as initially predicted when San Antonio green lighted the project in 1999.

Only 500 of these homes have been built and occupied so far.

Woodbury, whose company purchased the community from Austin-based partnership Mission Del Lago Limited, declined to reveal the sales price for the property.

The project receives funding from the city of San Antonio and other taxing entities through tax-increment financing. The concept is that, as homes, apartments and businesses are built within the zone, property values rise. While the project doesn't currently have commercial tenants, one tract is under contract for a future gas station-restaurant, according to SouthStar Mission Del Lago representatives.

“We look at this as an emerging area, and growth here is important to the city,” Woodbury said last week. “You have development like Toyota Motor Manufacturing, Texas A&M-San Antonio and Brooks City-Base, and so this ... huge amount of employment will bring in a large number of people (looking for homes).”

SouthStar Mission Del Lago is part of the Florida-based SouthStar Development Partners. That company has built and managed more than 30,000 acres and 20,000 lots in about 20 different communities across several states.

“We saw this as an opportunity to come into San Antonio and (develop) some area other than on the North or West sides,” Woodbury said. “There's really never been anything like (this sort of master-planned community) in the heart of the South Side.”

District 3 City Councilwoman Rebecca Viagran said Friday that the purchase was a good sign for the area.

“This is a testament to the good work ... of the residents, who've been strong for such a long time,” Viagran explained. “This encourages more investment in the South Side. Mission Del Lago is in a great location, and my office has been actively working with the (property's) neighbors too, staying in communication with them.”

Most of the development at Mission Del Lago, located on Roosevelt Avenue south of Loop 410, began about a decade ago, Woodbury said. The property was meant to follow in the footsteps of larger, planned communities more common to San Antonio's North and West sides, but has had to deal with an assortment of problems since its inception. Lawsuits between business partners, disputes over housing designs and slacking demand during the economic downturn of 2009-2012 have side-tracked the community's development.

Still, Mission Del Lago has a lot going for it, Woodbury said. The property is built around the Alamo Golf Trail and contains several additional, on-site amenities, including the Jim Mattox Park and Gallardo Elementary School. The property is also adjacent to the Mitchell Lake, the Lake Wildlife Refuge, an Audubon-protected wildlife sanctuary and the 17-mile Medina River Trail.