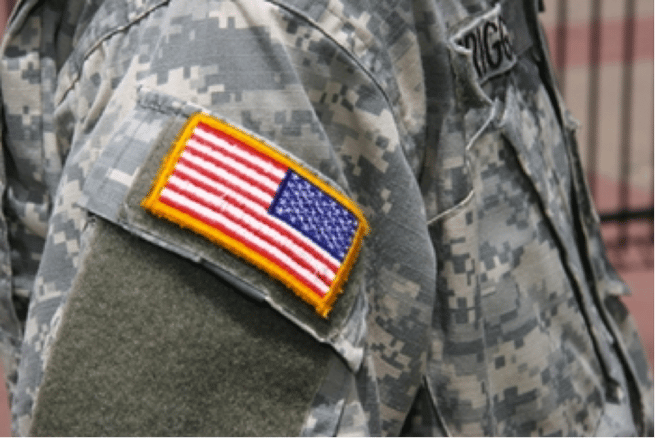 Known as “Military City USA,” San Antonio is one of the most military-friendly cities in the nation. And homebuyers in the city are drawn to Southside community Mission del Lago, where veterans are welcomed home and celebrated on Veteran’s Day and throughout the year.

San Antonio, and especially the SouthSide, is the easy choice for military looking to buy a new home. A study by USAA and Hiring Our Heroes called San Antonio “the best in the nation for military retirees, beating out Washington, D.C., Virginia and San Diego, California,” said the San Antonio Express-News. “The study looked at such things as the proximity of installations to veterans, the presence of VA hospitals and health resources, government and civilian jobs, opportunities to leverage post-9/11 education benefits and military pension taxation. With Joint Base San Antonio, and ample opportunities for work, the results weren't surprising.”

Buying a house on the Southside means being convenient to veterans’ services including Randolph Air Force Base and the New Braunfels VA Clinic. The San Antonio Military Medical Center (SAMMC) is also nearby on Fort Sam Houston in San Antonio. SAMMC is the Department of Defense’s largest inpatient medical facility and also operates the only Department of Defense Burn Center.

Another draw for veterans is the bustling job market in San Antonio. Forbes named Texas “the best state to make a living," which is backed up by unemployment in the state that’s at an all-time low, according to data from the Texas Workforce Commission. In San Antonio, an exceptionally low unemployment rate of 3.4 percent—lower than Texas’ 4.1 percent—and thriving industries combine to make the city one of the best places in the nation for employment. Business.com ranked San Antonio No. 7 on their list of best places to get a job, noting strong local industries including “healthcare/biotech, IT services, military and financial services…even adding a shout-out to three firms in particular, Rackspace Hosting Inc. (NYSE: RAX), Toyota Motor Manufacturing Texas and USAA,” said the San Antonio Business Journal.

Toyota, which has added hundreds of jobs and ramped up production of the Tacoma and Tundra trucks manufactured at the Southside Toyota plant to meet unprecedented demand, has been particularly vocal about hiring veterans. Growth at Brooks City Base, the former abandoned Air Force Base that is being transformed into San Antonio’s most exciting mixed-use project, is bringing more jobs, as well as much-anticipated retail, entertainment, restaurants, and hotels, to the Southside. A new information technology (IT) training program from the Veterans Affairs Department (VA) geared toward teaching these skills to vets has also recently kicked off in San Antonio.

Buying a home in San Antonio is even easier for veterans with a special loan program from the Texas Veterans Land Board (VLB). The VLB’s home loan, called the Veterans Housing Assistance Program (VHAP), offers low-interest, fixed rate loans up to $417,000 with low and no down payments for veterans. Terms include 15, 20, 25 or 30 years. The VHAP loan is for veterans who have served in any of the United States’ five military branches and who are “bona fide” residents of Texas. The loan also:

Veterans choose Mission del Lago as their Southside community for the variety of modern, affordable homes and great features. A range of new homes from D.R. Horton and Lennar Homes offer modern floorplans, desirable features, and prices from the $150s that make VHAP loans possible. D.R. Horton’s Main Street Stars program honors military for their service by helping to bring them “one step closer to the American Dream of home ownership. This program extends discounts to military with special incentives and options. Those who are eligible can receive $1,000 to use at the Design Center, or for closing costs on Quick Move Homes, which allow buyers to purchase an already built home and move in right away without the wait of construction.

Mission del Lago is also appreciated for its great amenities, including an 18-hole golf course and two playgrounds, its convenient location just five minutes from IH-37 and 15 minutes to downtown within a scenic, serene setting, and ongoing community events that bring neighbors together.