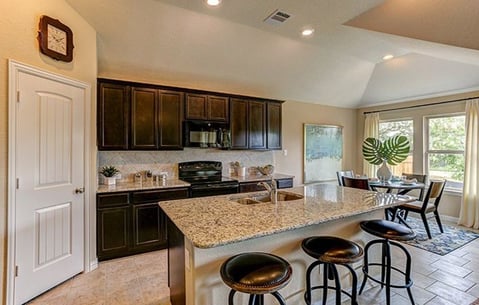 New job creation in Texas has led the state to its lowest unemployment numbers in 15 years, and San Antonio is one of the cities leading the way. San Antonio’s 3.7 percent unemployment against a population of 1.4 million means that, “There are not many cities on this list more impressive,” said Business.com in their roundup of the hottest cities in which to find employment. It also means more and more people are looking to buy a home in San Antonio.

The public school systems added 2,600 jobs last month; 1,800 new jobs came from the education and health services sectors, and 1,400 jobs were added in October in the leisure and hospitality industry. “Last year, the sector lost jobs in October,” they said.

Earlier this year, Toyota announced it was adding hundreds of jobs as the San Antonio Toyota Manufacturing Plant ramps up to meet high demand for the Tacoma and Tundra trucks, which are manufactured at the Southside plant.

Mario Hernandez, President and CEO of the San Antonio Economic Development Foundation, also noted “the recent arrival of the business services firm Alorica in San Antonio,” said WOAI. “Jess Snyder, the local HR manager of Alorica, says as many as 700 jobs will be added by her firm in the coming months.”

Growth at Brooks City Base also continues to bolster the San Antonio economy and make the Southside the hottest area in San Antonio, bringing new jobs and important amenities to this revitalized part of the city. The former abandoned Air Force Base has become San Antonio’s most exciting redevelopment, with new jobs and amenities including “an apartment complex, a townhouse development, a neighborhood redevelopment project, the Embassy Suites Hotel, a Hampton Inn, new retail outlets, new restaurants and a renovation project at the Air Force base's former Hangar 9,” all of which are expected to Grand Open or begin construction in the coming year, said the Business Journal.

All of this positive employment growth is creating a need for San Antonio new homes on the Southside, which communities like Mission del Lago are satisfying. This favorite South San Antonio masterplan offers a range of new homes from D.R. Horton and Lennar Homes with modern floorplans, desirable features, great amenities including an 18-hole golf course, and a location that’s peaceful and private yet convenient to all the best of San Antonio. Prices are from the $140s.

For more information about living in the fastest-growing neighborhood on the Southside, visit Mission del Lago or download our Guide to Buying a New Home in Southside San Antonio.