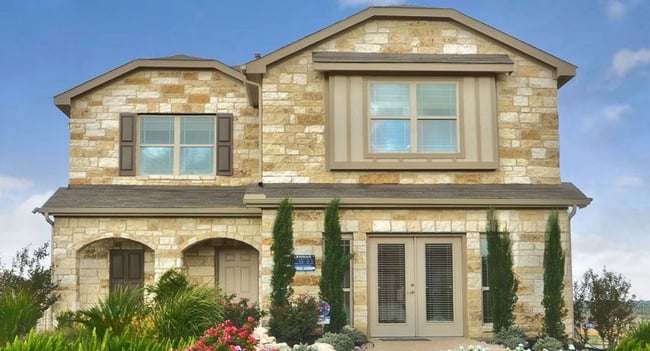 Long before there were beautiful mission-inspired homes throughout San Antonio, there were beautiful missions. Built to reflect Texas' Spanish and Mexican roots, according to Wikipedia, “the first European buildings in Texas were a series of religious Spanish Missions built by Catholic Dominicans, Jesuits, and Franciscans to spread the Christian doctrine among the local Native Americans, and to give Spain a toehold in the frontier land.”

The missions have left a lasting imprint on San Antonio, just as they have in cities across the country. The advantage to those here in the city is their great accessibility.

“San Antonio's architectural legacy runs deep, dating back to our colonial missions built in the early 1700s,” said the San Antonio Express-News. Commented Amada Cruz, director of Artpace in the Express-News: “Few newcomers realize that San Antonio's famous Alamo is one of a string of four missions built by the Spanish. To have so many so close by is rare. The ones in California are a day's horse-ride away, much farther than the few miles separating the ones here.”

San Antonio is the site of the “largest concentration of Spanish colonial architecture in North America,” according to Visit San Antonio—its most famous being The Alamo, otherwise know as the San Antonio de Valero Mission.

The Alamo “originally was built as the chapel of the Mission San Antonio de Valero…a combination of religious and industrial trade school for Indians,” said the Texas Almanac. Its original composition includes huts and a small stone tower, which have since been destroyed. A stone building was erected in 1744, which collapsed about 1756. “The second stone chapel, begun about 1758 and never completed as a chapel, stands today in Alamo Plaza.”

Considered one of the most beautiful missions in the country, San José y San Miguel de Aguayo Mission “was founded in the early eighteenth century as a result of a shift of missionary effort from East Texas to South Texas,” according to the Texas State Historical Association.

“It's been restored several times, so you can really appreciate the beauty of the architecture — the wall of archways of the convent, the vaulted space of the granary, and the famed Rose Window,” said Cruz. “The missions were like medieval towns then with several hundred inhabitants, and you can imagine life there by walking around the complex. It's like stepping back in time.”

Additional missions in san Antonio include:

Modern interpretation of San Antonio’s historic mission architecture can be found throughout the city. Communities like Mission del Lago on the Southside inject architectural details into the exteriors while creating accommodating interiors for today’s families.