San Antonio voted No. 2 best travel destination in the world 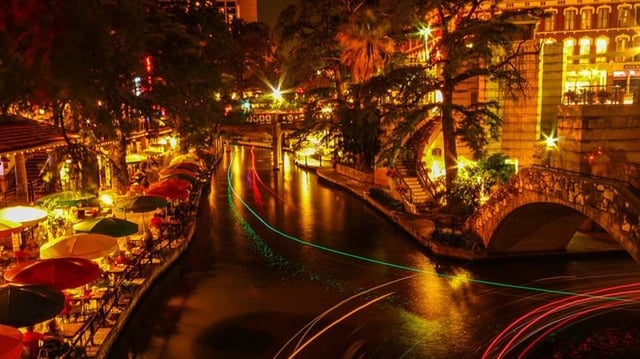 A new “best of” travel list from Budget Travel was just released, and many of the usual suspects round out the top 24: Iceland, Cuba, Greece. But among these exotic locales and worldwide favorites is a surprising choice for many: San Antonio.

“The Alamo City is finally having a moment. A big one. It’s been named the Second Best Travel Destination in the world. That’s right, the world,” said Papercity. “It’s also noteworthy that San Antonio is one of only three U.S. cities on Budget Travel‘s Best Travel Destinations of 2016—despite the fact the list runs dozens deep. Los Angeles and, surprisingly, Cincinnati, are the other American cities deemed worthy of a special visit.”

Of course, those who live in San Antonio know what many others are just now discovering: San Antonio is the place to be.

“Mosey on down to the Lone Star State for a culinary boom, two big anniversaries, and five freshly designated UNESCO World Heritage sites, including the Alamo,” said Budget Travel. Among their recommendations for things to do in San Antonio:

The designation of the five historic missions is anticipated to further increase travel to the city and pump serious money into the San Antonio economy. City leaders expect the economic impact to be upwards of $100 million and add more than 1,000 jobs by the year 2025.

San Antonio is a growing, in-demand city among travelers, but also among homebuyers, jobseekers, and businesses. And the spotlight in San Antonio is increasingly on the Southside. Four of the five Missions are located here, as are Mission Reach, Brooks City Base, the former Air Force Base that is transforming into a mixed-use/entertainment complex, Texas A&M San Antonio, and the Toyota Manufacturing Plant.

The Southside is also home to one of the most poplar new-home communities, Mission del Lago. This San Antonio masterplan offers spacious homes from renowned builders D.R. Horton and Lennar Homes with modern floorplans and desirable amenities starting from just the $150s. Square footage ranges from 1,308 to 3,000+. Located just five minutes from IH-37 and 15 minutes to downtown, the community offers a scenic, serene setting and a host of amenities including the 18-hole Mission del Lago Golf Course.