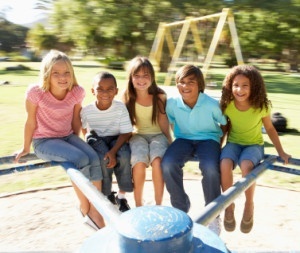 The rest of the country continues to learn what those who live in San Antonio already know: It’s simply a great place to live. San Antonio was just named the No. 23 best place to live in the nation on U.S. News & World Report's 2017 list. The rankings were based on: quality of life; the local employment market; the overall value of living there; and desirability. San Antonio had an overall score of 6.9 out of a possible 10.

“San Antonio is the seventh largest metro area in the U.S. and is as comfortable as an old pair of jeans,” they said. “It offers big-city amenities and world-renowned attractions coupled with a relaxed and inviting atmosphere. Most famously known as the home of the Alamo, the spirit of the region expands beyond its tourist labels, offering a community rich in Spanish and Old West heritage.”

The value part of the equation was especially impressive, at 7.3. The number was calculated by comparing the median household to the cost of living. “San Antonio offers a better value than similarly sized metro areas,” they said. “Additionally, San Antonio residents pay slightly less for everyday expenses, such as food and health care, than those who live in other metro areas.”

The city was also noted for its low 3.7 percent unemployment rate—1.2 percent lower than the national average—as well as its “thriving job market with growing opportunities in the bioscience, renewable energy and manufacturing industries,” its strong reputation as a military city, and its bustling leisure and hospitality industry, which provides "jobs for nearly 124,000 employees.” Thanks to San Antonio’s growing job market, the city also made NerdWallet’s 2017 list of Best Places to Find a Job in the Nation this year.

“San Antonio's desirability, determined by a Google Consumer Survey, is also pretty high,” said Culturemap. “Not only do people want to live here, they're actually making the move. According to a previous report from U.S. News & World Report, San Antonio is one of the most popular places in the nation. With a net migration of 5.36 percent, our population increased to nearly 2.3 million between 2010-2014.”

That’s not likely to change anytime soon; the city was recently named a Best Buy City by Forbes as one of the 20 real estate markets where it’s smart to purchase a home.

For more information about buying a home in San Antonio and San Antonio masterplanned communities, visit Mission del Lago. This popular new-home community offers single-family new homes on the Southside starting in the $160s, spacious, modern floorplans from renowned national homebuilders Lennar and D.R. Horton filled with all the most wanted features and a convenient location just minutes from downtown, the Toyota plant, and Brooks City Base.

This 800-acre San Antonio golf course community also offers community amenities including playgrounds and an onsite golf course, with a desirable, convenient location. Mission del Lago is the fastest-selling community in all of San Antonio in its price category and one of the fastest growing across all price points.

You can also click below to view all move-in ready homes.