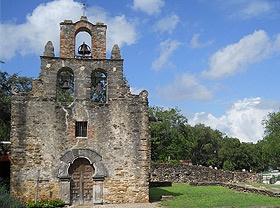 What do Stonehenge, the Statue of Liberty, the Great Wall of China, the Grand Canyon, and the San Antonio Missions all have in common? They’re all World Heritage Sites. As one of the newest sites, The Missions will make it official on Saturday, Oct. 17 at the World Heritage Inscription Ceremony.

The celebration will be held at Mission San Jose at 11am, with important international, national, state and local leaders in attendance. It’s part of a long weekend of events including:

The designation marking San Antonio’s five Spanish colonial Missions collectively as one of the world’s most significant cultural or natural sites was made by the United Nations Educational, Scientific and Cultural Organization (UNESCO). The Missions are the first such site in Texas and the 23rd in the United States. The World Heritage designation is expected to further stimulate the San Antonio economy, bringing in more than $100 million and more than 1,000 jobs, while increasing tourism.

Four of the five missions are located on the Southside, where revitalization is well underway with new businesses, recreation, entertainment, and real estate opportunities. The San Antonio Toyota Plant on the Southside is one of the companies business.com called out in their praise of the city’s strong local industries; San Antonio was No. 7 on their list of best places in the nation to find a job. The plant recently announced it is hiring hundreds of additional employees and increasing shifts in response to high demand for the Tacoma and Tundra trucks, which are manufactured there.

Growth at Brooks City Base is another exciting development for the Southside. The former Air Force Base is on its way to becoming San Antonio’s most inspired hotspot, with new jobs and amenities including new apartments and townhomes, an Embassy Suites Hotel, a Hampton Inn, new retail and restaurants and the renovation of the Air Force base's former Hangar 9 into a business park and entertainment complex, all of which are expected to Grand Open or begin construction in the next year.

Real estate on the Southside has also been growing with communities like Mission del Lago. This SouthSide masterplan offers a range of new homes in San Antonio priced from the $140s from D.R. Horton and Lennar Homes with modern floorplans, desirable features, great amenities including an 18-hole golf course, and a location that’s convenient to all the best of San Antonio yet surprisingly peaceful and private.