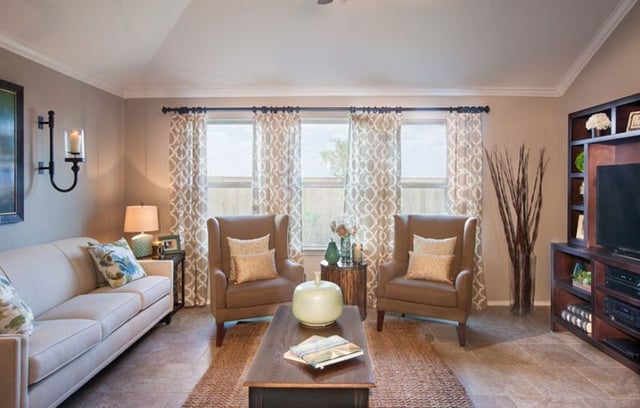 San Antonio wrapped up 2015 as one of the hottest cities in the nation, noted for its real state market and economy, and has kicked off 2016 the same way. According to the Real Estate Center at Texas A&M University, “The housing market in San Antonio is still hot. The volume of homes sold in the city and surrounding areas surged in January while the cost to buy a home continued to rise, building off of last year’s record results.”

But, affordable options for new homes in San Antonio continue to draw families, professionals, couples, and military to the area. Explosive growth on the Southside has made masterplans like Mission del Lago the jewel of the city. This 800-acre San Antonio golf course community is the fastest-selling community in all of San Antonio in its price category and one of the fastest growing across all price points. Mission del Lago offers spacious single-family homes by D.R Horton and Lennar, an array of community amenities, a convenient location close to downtown, and prices from the $160s.

The SouthSide is arguably the hottest part of the city, with several large employers including the San Antonio Toyota Plant; the mixed-use Brooks City Base taking shape; and the new Texas A&M University campus growing faster than expected. New SouthSide businesses and expansions, including FMC Technologies, the new two-story HEB supermarket, and the Greater Mission Recreational YMCA also continue to feed the revitalization.

San Antonio has been recognized by FORTUNE, who ranked the city No. 5 on its “Hottest Real Estate Markets of 2016” list and Forbes, who called it a “Best Buy City.” San Antonio also ranked highly on Forbes’ list of Best Places for Business and Careers, with the publication noting that, “The San Antonio area has projected annual job growth of 2.7 percent, 26.7 percent college attainment and 1.5 percent high-tech employment.”