Sales of homes in San Antonio going strong this summer 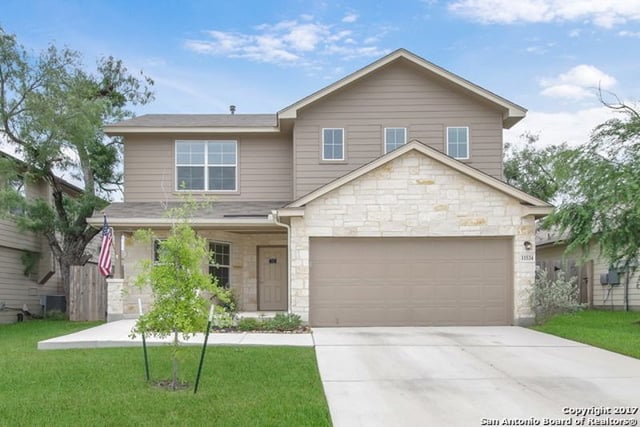 The weather isn’t the only thing that’s hot right now. So are sales of Homes in San Antonio. The San Antonio Board of Realtors’ data shows that, “Summer home sales are off to a sizzler of a start in San Antonio,” said KSAT. “In May, even before school let out, 3,133 existing homes were sold — an 11 percent increase over the same time one year ago,” they said. The median price for those homes was $219,700 — a 5 percent jump from the prior year.”

Sales of homes in San Antonio, especially on the South Side, continue to impact the city’s real estate market, drawing from a large pool of buyers including those who grew up in the area and are encouraged by the area’s growth. In addition, “redevelopment of the San Antonio River's southern leg, and the designation of the Spanish colonial missions as UNESCO World Heritage sites, is bringing new attention,” said the Express-News in a new story about growth on the South Side.

Job hubs at Brooks City Base, Port San Antonio, and the future University of the Incarnate Word’s School of Osteopathic Medicine, and amenities like “improvements at Pearsall Park…which just received a major, $8.1 million face-lift” and now includes “the city’s largest skate park and the only fully contained 5K and 10K natural running courses” are attracting home buyers to masterplanned communities like “the growing Mission Del Lago community off U.S. 281 next to Mitchell Lake, where 800 single-family homes have been built and roughly another 1,200 are planned,” they said.

The Mission del Lago community is home to popular homes in San Antonio with single-family residences from leading national homebuilders Lennar and DR Horton. Lennar offers the all-new Barrington Collection and the Oak Knoll II Collection, featuring a wide array of new homes in San Antonio with one- and two-story floorplans, three- to five bedrooms, and 1,459 to 2,871 square feet. DR Horton’s homes at Mission Del Lago range from three to five bedrooms with some of today’s most desirable features in 1,400 to more than 2,600 square feet. DR Horton is currently in the middle of its Great American Home Sale, with special deals on select homes.

For more information about buying a new home on the South Side, visit Mission del Lago, the fastest-growing community in its price range—and one of the fastest-growing regardless of price range—in the city. This masterplanned community on the Southside offers San Antonio real estate with in-demand homes and amenities including an on-site gold course, two playgrounds, and a new pool and pavilion, in a convenient and growing South San Antonio location.

You can view all move in ready homes at the link below.