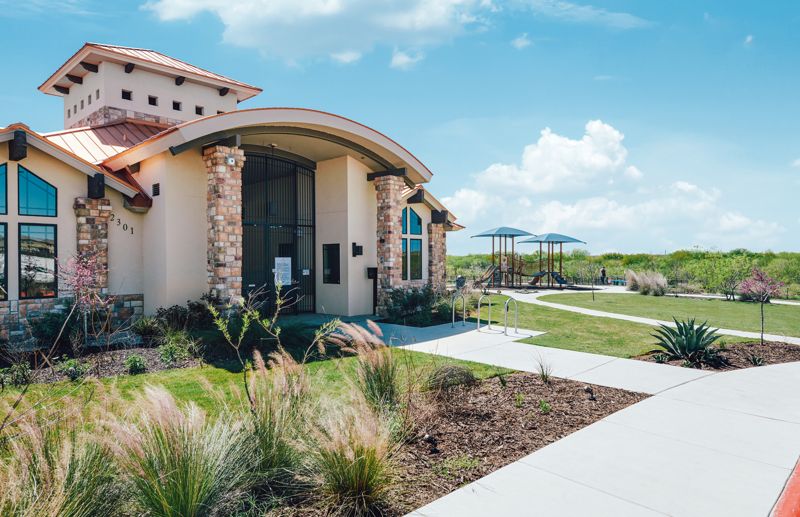 The new South Side San Antonio TJ Maxx Distribution Center is open, bringing more than 1,000 jobs right to the doorstep of Mission del Lago. The employment boost is a boon to the entire South Side, and especially to those who live in the community since it’s just across the street. The new jobs at the new 1.5 million-square-foot facility are said to well-paying, for locals, and include health insurance and 401(k) benefits for eligible full-time employees and their dependents.

In addition, “TJX Companies has committed to donating 15 to 20 acres of land to the Southside Independent School District for construction of a school; to creating a 4-mile Espada Bike and Hike Trail connecting the Medina Greenway to the Mission Espada Trail; and to conveying 300 acres of wetlands for various purposes including preservation, research and community recreation, according to a news release from District 3 Councilwoman Rebecca Viagran's office,” said KSAT.

Viagran name-checked the community in a tweet about the new distribution center. “Thank you to all of those who believed in and invested in #District3SA,” she said. “TJ Maxx DC is not only employing 1,100 San Antonians but they are creating a hike and bike trail from Mission Espada to Mission Del Lago, creating a buffer zone for our World Heritage sites and more!”

Growth on the South Side has often been the topic of conversation as city planners and officials prepare for what may be as many as 1.1 million new residents coming to San Antonio’s Bexar County by 2040, according to the San Antonio Current. The City Council approved “a comprehensive rezoning of the areas surrounding the historic missions” last year, which is expected to spur further growth in South Side San Antonio while encouraging new and more appropriate development around San Antonio’s designated World Heritage sites,” said the San Antonio Business Journal. “Council members approved a rezoning plan that will affect some 5,700 acres and 400-plus properties across a World Heritage buffer zone, which stretches from north of the Alamo to south of Loop 410 and Mission Espada.”

South Side San Antonio is an increasingly popular spot to purchase an affordable new home, and Mission del Lago is getting the lion’s share of buyers. The fastest-growing community in its price range—and one of the fastest-growing regardless of price range—in the city, Mission del Lago is home to well-designed single-family homes in San Antonio from leading national homebuilders Lennar and DR Horton. The community also offers community amenities including its own sparkling pool and pavilion, two on-site parks, and a community golf course, and an ideal location close to the San Antonio Toyota Plant and Brooks City Base.

For more information, visit Mission del Lago. You can also learn more about the Smart Home technology being featured in these homes.