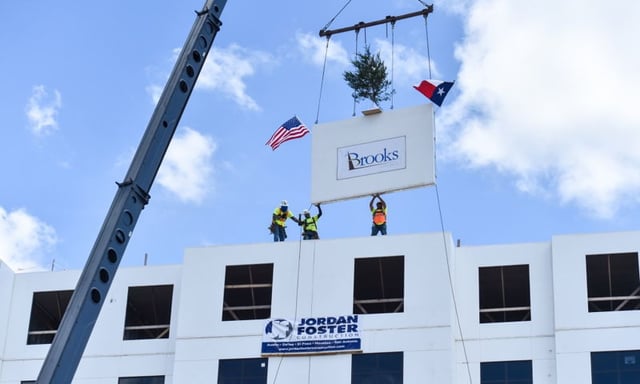 Brooks City Base continues to grow, offering more job opportunities and amenities for those living on the SouthSide and becoming one of San Antonio’s most exciting work/play destinations. The latest addition is Tokyo-based Nissei Plastic Industrial Co., which has announced plans to build a multi-million-dollar manufacturing plant on the Base.

Nissei “will be making a $13 million investment into Brooks City Base to build a 115,000 square foot manufacturing facility, according to an application for a permit filed by the company,” said the San Antonio Express-News. “The company builds plastic injection molding machines and sells into the U.S. market. The $13 million project will include 13,700 square feet of office space and a 47,000 square-foot warehouse in addition to the manufacturing facility.”

Brooks City Base, formerly a shuttered air force base on San Antonio’s bustling Southside, has already been transformed into a San Antonio hotspot, with numerous restaurants and shops, hotels, and entertainment options. The newly opened City Base Cinema features Sony 4K, leather seats, and state-of-the-art digital sound, while the recreational opportunities of Brooks Park and Game On’s arcade games, laser tag, ballocity, and bumper cars, plus food and drink specials give those who live on the Southside great opportunities for family fun.

Many more amenities at Brooks City Base are on the way, including:

You can see a map of current and future development here.

You can also click below to view all move-in ready homes.

Topics: SouthSide, South Side, Brooks City Base, the southside, new homes in san antonio, homes on the southside