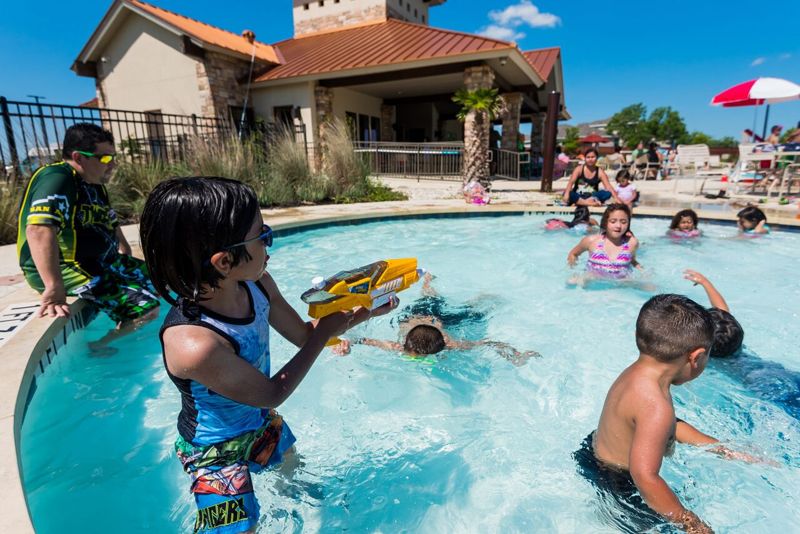 Continuing the strong sales pace that has made each community the fastest-growing offering in its area, developer SouthStar Communities saw two of its communities in the top 10 best-selling communities in the San Antonio MSA for the third quarter, according to Metrostudy’s San Antonio 3Q18 Housing Report. Vintage Oaks, a 3,900-acre masterplanned community in New Braunfels, was No. 3 on the list and Mission del Lago in South San Antonio was No. 10.

“Of course we’re pleased to see two SouthStar communities among the top 10 sales performers in the greater San Antonio MSA during the last quarter,” said company President Thad Rutherford. “Most importantly as it confirms that our passion for delivering great communities is being recognized by buyers across the San Antonio area.”

“What is most gratifying”, continues Rutherford, “is that these two communities are so different. Mission del Lago is a first home and move-up community catering to families in San Antonio’s Southside, and Vintage Oaks is a higher-end acreage community in the Texas Hill Country But both reflect our mission to deliver unique, thoughtful communities that enrich the lives of our residents.”

Mission del Lago the No. 10 best-selling community in the San Antonio MSA

Located in San Antonio’s historic Southside, Mission del Lago was the No. 10 best-selling community in the San Antonio MSA for the third quarter of 2018, according to the study. The community has consistently been in the top 15, but growth across SouthSide has spurred even more activity at this family-focused community. Buyers are drawn to accessible home pricing from the $150s by builders Lennar and Express by DR Horton, and an array of amenities including a community pool and clubhouse, 18 hole Alamo Trail golf course, trailhead to the Medina River Trail, tennis courts, and 3 playgrounds and parks.  Mission del Lago is the fastest-growing community in its price range and one of the fastest-growing communities regardless of price range in all of San Antonio.

San Antonio MSA continues to have National Appeal for homebuyers

New Braunfels and San Antonio are two of Texas’ standout cities—in a state that is repeatedly noted for its economic might; most recently, Texas was named CNBC's Top State for Business in America for 2018, becoming the first four-time winner in the history of their annual study. Texas is also the owner of the second-largest state economy in the U.S., behind California.

Most notable, the number of Californians moving to Texas, personally and bringing their companies and jobs to the state. 299 businesses moved from California to Texas in 2018 – Texas received the largest share of relocating Californian businesses of any state in the country last year.

SouthStar is actively developing seven communities across Texas, including the two communities in the San Antonio MSA, and another as the largest and fastest growing community in the Frisco/North Dallas area. As buyers continue to folk to Texas from across the country, seeking space and lower taxes and cost of living, SouthStar president Thad Rutherford confirms the company’s commitment to Central Texas.

“Central Texas is our sweetspot,” explains Rutherford. “We love the energy of the people and the beauty of the land. We moved our headquarters here from Dallas a few years ago, and our employees love the lifestyle here. We’ve been doing business in Texas for nearly two decades now, but really are focused on new opportunities in Central Texas.

San Antonio is the fastest-growing city in the nation according to data from the U.S. Census Bureau, increasing its population by more than 24,000 people in the last study period. “Although culture, cuisine, and affordability are some of San Antonio’s key attractors, the emerging technology sector is key to the city’s growth,” said WP Engine. “Local incubators like Geekdom are home to many young entrepreneurs and fast-moving IT startups. San Antonio is now a beacon for software engineering, cybersecurity, and tech support.”

San Antonio was also named the No. 14 best place to live in the nation by U.S. News & World Report based on factors including its job market, cost of living, quality of life, and overall desirability. In addition, the city has been named one of the best places for first-time buyers in the country by financial website SmartAsset thanks to its “stable housing markets with affordable housing and low market volatility.”

The Metrostudy report showed job growth in the San Antonio area of 3.3 percent—the largest since 2014—and an unemployment rate of 3.3 percent that is lower than Texas’ overall rate as well as those of Dallas, Ft. Worth, and the national average of 3.6 percent. Home starts in the city were 2,881 in the third quarter, “a +1.6% increase over 3Q17 (2,835).” The rate of closings during the quarter was also up 13.8 percent year over year and three percent over the previous quarter.

Mission del Lago is located on the buzzworthy Southside, home to dynamic development growth spurred by the World Heritage designation from UNESCO for the San Antonio Missions. Everyone from first-time homebuyers and growing families, to military and veterans, to employees at the nearby San Antonio Toyota Plant, Brooks City Base, and Port of San Antonio, to students at the new University of the Incarnate Word’s School of Osteopathic Medicine and Texas A&M University-San Antonio’s new campus are attracted to this prime location.

Growth in the Southside

Growth in the dynamic SouthSide is highlighted by the dynamic offerings and international businesses found at Brooks, from the new Greenline wi-fi covered greenspace and gathering area, the Hangar 9 events venue and the myriad companies bringing jobs to the area. The new TJ Maxx Distribution Center, opening in 2019 is planned to bring 1,000 new jobs to Southside. Supporting this job growth is the addition of exciting Career and Technical Education facilities now on campus at the SouthSide Independent School District.

For more information about the Texas economy or buying a home or land in Texas, visit https://www.southstarcommunities.com/.