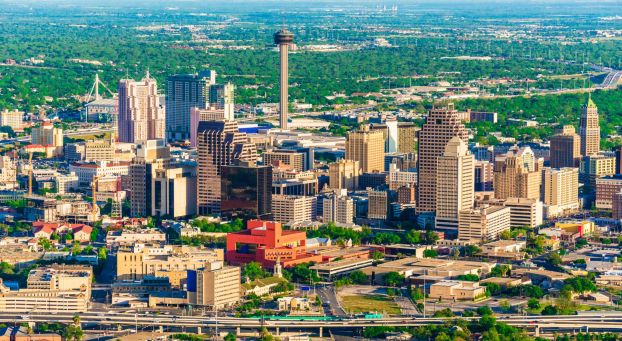 On the heels of San Antonio being named a Best Buy City by Forbes, the growing city was just recognized by Metrostudy as one of the country’s “best overall new home markets” in its Second Quarter 2015 Home Building Outlook.

The outlook provides information on housing construction trends nationwide, and recognized the “Top 100 Housing Markets across the United States…in terms of health and local new home sales forecast. The southern U.S. dominates in terms of sales volume,” they said.

The main takeaway of the report is the continued rise in housing starts, which Metrostudy projects will hit 1.07 million this year after a solid second quarter. “Metrostudy’s proprietary survey database, which consists of data from over 100 CBSAs and consists of hand-counted lots and newly occupied homes, indicates move-ins were 9% higher in the second quarter of 2015 than a year earlier, while new housing starts rose 11%,” they said.

San Antonio’s No. 6 ranking on Forbes' list of Best Buy Cities was based on data from “Local Market Monitor, a North Carolina-based data company” and factors including population and employment growth, annual home price growth, and home price/rent ratio in more than 300 housing markets. San Antonio was deemed a top choice in which to “invest in housing this year.”

Rising home prices and dwindling inventory further confirm the city’s popularity. Home prices within the San Antonio-New Braunfels metropolitan area are up 5.3 percent over this time last year, according to the latest CoreLogic Home Price Index, said Business Insider. San Antonio was also ranked 50th out of 200 on Forbes’ recent list of Best Places for Business and Careers.

“With a metropolitan population of 2.3 million and a gross metro product of $110.1 billion, the San Antonio area has projected annual job growth of 2.7 percent, 26.7 percent college attainment and 1.5 percent high-tech employment,” they said. Key to that growth is the city’s “defense, health care and tourism.

Much of that growth is happening on the SouthSide, where several large employers such as the San Antonio Toyota Plant, the mixed-use Brooks City Base, the new Texas A&M University campus, and Eagle Ford Shale-related companies including Halliburton and Schlumberger have created a vibrant local employment base. New SouthSide businesses including FMC Technologies, nicknamed the “Lowes of Eagle Ford Shale,” the new two-story HEB supermarket, and the Greater Mission Recreational YMCA, now being developed, also continue to feed the revitalization that is sweeping the city.

On the housing front, Mission del Lago, the area’s leading masterplanned community, provides a an array of modern residences from national homebuilders Lennar and D.R. Horton priced from the $150s along with a convenient yet serene location and resort-style amenities.

For more information, visit Mission del Lago or click below to view all Move In Ready Homes.