Is San Antonio the new Austin? 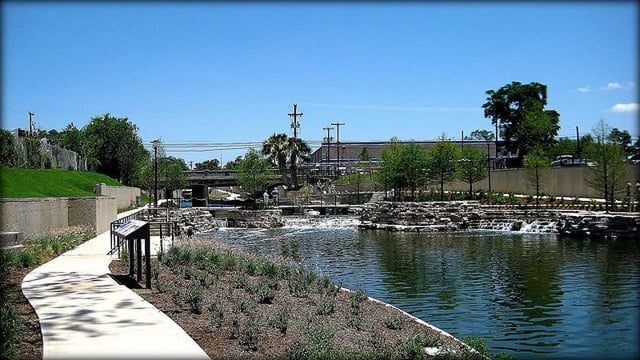 Is San Antonio the new Austin? Huffington Post thinks so. They spent 24 hours in what they call “the new Austin” and came away with a great impression of “a sophisticated venue.”

Part of the reason for its “baptism,” as they put it: “Many large IT companies have chosen San Antonio over Austin, for less traffic, more space, less high prices, and more working force.”

That tracks with the population and employment growth in San Antonio that has been tracked over the past few years. Tech—in particular, biotech and IT services, were two of the thriving industries named by Business.com when they named San Antonio one of the hottest cities to find a job in which to find employment. Forbes ranked San Antonio highly on their list of Best Places for Business and Careers, saying, “The San Antonio area has projected annual job growth of 2.7 percent, 26.7 percent college attainment and 1.5 percent high-tech employment.”

San Antonio was also named the the No. 5 “Hottest Real Estate Market of 2016” by FORTUNE and a “Best Buy City” by Forbes, all of which has resulted in a strong San Antonio real estate market. Home sales in the first quarter of 2016 were up 10 percent over last year according to the Multiple Listing Service Report from the San Antonio Board of Realtors (SABOR). Yet prices remain affordable in comparison to other major Texas cities, especially in Southside masterplans like Mission del Lago, where new homes in San Antonio start from just the $160s—another huge draw for the city.

The SouthSide is particularly hot, with large employers like the San Antonio Toyota Plant thriving, exciting new mixed-use projects like Brooks City Base, explosive growth at the new Texas A&M University campus, and the Blue Star Arts Complex, a “warehouse-like set of buildings” that sat vacant for years until they became part of the site of the Mission Reach project “and opened it as the trailhead for the seven-mile Mission Reach connecting four of San Antonio’s Spanish Colonial Missions,” said Huffington Post. “The Complex now includes a contemporary arts museum, Red Dot, several bars and restaurants, (and) a theater. In the South part of downtown, the food trucks have now cemented this new way of dining al fresco and rather on the cheap. This totally grants the status of cool city to the new San Antonio, a foodie’s corner.”

Huffington Post also visited several other hotspots in San Antonio, including The Alamo Quarry Market, “another large compound that feels more like a town center than a shopping mall, and The Pearl, “a sprawling industrial space (and) home to a thriving conglomeration of restaurants, shops,” said National Geographic, as well as the restored Hotel Emma, refashioned out of the old Pearl brew house into a grand hotel.

You can also click below to view move-in ready homes.