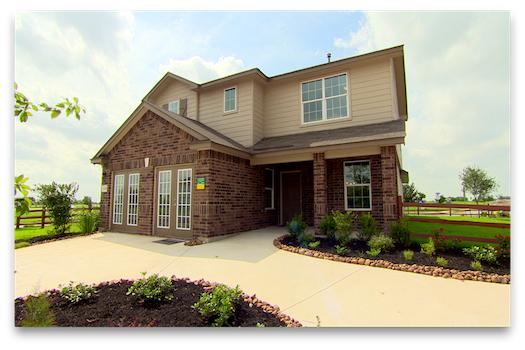 The strong San Antonio economy and job market make it one of the favorite place in the nation to move, buy a home, get a job, and raise a family. Now the city’s popular Mission del Lago masterplan is being recognized for being at the forefront of a national homebuilding trend that makes living in San Antonio even more desirable.

A recent news article in Bloomberg tilted “The Return of the Affordable Starter Home” singled out Express Homes, a neighborhood of affordably priced homes from D.R. Horton offered at the Southside new-home community and in several other areas across the country, which has been a tremendous success since the new product’s introduction.

“D.R. Horton, the nation’s largest builder, now collects 14 percent of its revenue from its Express brand, which it started last year and plans to expand in 2016 to most of its 79 markets,” said Bloomberg. Sales of Express Homes helped the builder to a 26 percent increase in net sales orders for the 2015 fiscal year.

Express Homes, which caters to a variety of residents: single professionals, young and established families and military personnel who are buying a home in South San Antonio, not only further proves the need for this type of affordable new home in Texas, but has also spurred other builders to follow suit.

“When D.R. Horton first announced that it was going to go after the entry level portion of the market, a lot of other builders wanted to wait and see how it turned out. “Now that they’ve seen the concept proven, they’re figuring out their own way to provide a home that’s more affordable,” Brad Hunter, chief economist for housing-research firm Metrostudy, told Bloomberg. “Builders had shifted away from entry-level buyers following the housing crash and instead focused on developing larger, more-profitable homes during the recovery that began in 2012 amid an increase in land and labor costs. “Following the success this year of D.R. Horton Inc.’s low-cost Express brand, national firms…are testing cheaper offerings in markets from Colorado to Florida to California.”

With Express Homes, D.R Horton’s focus at Mission del Lago and other communities across the country is to create a more attainable price point for homes that still offer spacious floorplans, modern designs, and desirable features. Homes range from 1,400 to more than 2,600 square feet, with prices from the $150s. The Southside’s favorite masterplanned community, Mission del Lago is a great place to buy a home in San Antonio for its welcoming atmosphere, convenient location just five minutes from IH-37 and 15 minutes to downtown, and a serene setting. Community amenities include the 18-hole Mission del Lago Golf Course.