Become a Local at These Events in San Antonio

The Events in San Antonio Everyone Must Experience

San Antonio is a city unique and special to the south. Filled with its own distinct brand of Texas history and and a flavor all its own, this city has so much culture to offer a local and visitor alike. These are the events in San Antonio that you don’t want to miss.

This event is hosted by HEB at the Alamodome in Downtown San Antonio. This year, the Texas Rangers will face off with Los Angeles Dodgers on March 20 and 21. The Alamodome will be transformed into a baseball stadium for the event, complete with dugouts, bullpens, netting and walls that are specially created just for the games. But baseball isn’t the only activity held over the course of two days, each night you can enjoy a concert after the game. Friday night’s guest is the Casey Donahew Band and Saturday will feature Grammy-nominated artist Frankie J.

Do you know a little adventurer who needs a new challenge? The San Antonio Botanical Garden is offering the perfect event for your child. During this museum-turned-maze exhibit your child’s imagination can climb to the top of trees and explore everything a rainforest has to offer. Your child is not the only one who can learn something from this exhibit, this is a family-friendly San Antonio event.

Really want to get in the “spirit” of San Antonio? You’ll learn tons of interesting facts and trivia about the city as you walk through historic sites during this nighttime tour of locations such as cemeteries, hotels and even places where bodies have been buried in the walls. If you prefer something more self-guided, look up some San Antonio “hot spots” online and set out on your own. 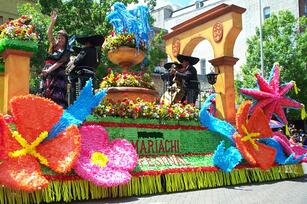 This is even more fun than the amusement park! The first Fiesta parade was held in 1890 and has grown into a huge cultural event filled with parades, carnivals, and food; you never know what you are going to get at this celebration, one year even showcased a regada. The signature feature of Fiesta has always been the parades. The Battle of the Flowers Parade is the largest of the event and is the biggest in the United States second to only The Tournament of Roses parade in Pasadena, California. Get in the action early at one of the exciting pre-events like the Tejano Explosion that kicks off April 16. 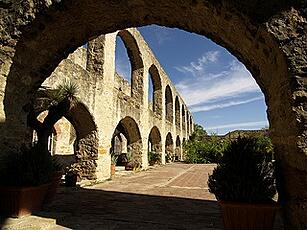 San Antonio is also a great place to get active. The San Antonio Missions National Park is comprised of four missions and their surrounding areas. According to the National Park Service’s website, the missions were built in the the early 1700’s where missionaries were sent to educate the Indian people who lived there. All four missions are now active Catholic parishes. Missions Portals connects these four historic missions over the course of eight miles of trails that are devoted to bikers and walkers.

These are only a few of the unique events in San Antonio for you to experience. Getaway this weekend for some Texas fun, and while you’re here, stop by and take a tour of the South San Antonio master-planned community Mission del Lago.