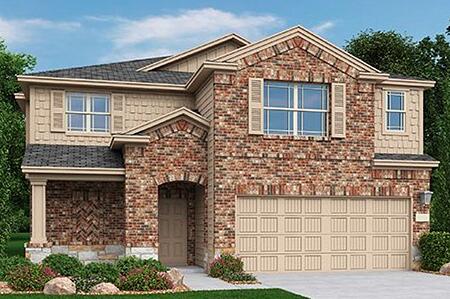 The explosive production at Eagle Ford Shale has “one of the biggest oil booms ever to hit Texas — and possibly the USA…that could make Texas one of the leading oil producers on the planet,” said USA Today. That boom has poured money into the San Antonio community, creating an incredible local employment base and shining a light on incredible opportunities for living a great life on the SouthSide of San Antonio.

“The rapid increase in drilling in the Eagle Ford Shale has spilled into San Antonio,” said the San Antonio Express-News, calling it a “new chapter in Texas energy history.” Texas’ crude oil production has been compared to that of Iraq, considered one of the most oil-rich nations in the world. “Karr Ingham, economist with the Texas Alliance of Energy Producers, thinks that the state's climbed to 2.7 million barrels per day by the end of 2013 and will cross the 3-million mark by the end of this year,” said the Express-News. Considered “one of the most actively drilled targets for oil and gas in the United States, according to Wikipedia, the Eagle Ford Shale was responsible for nearly one a quarter of U.S. oil production last year, and with more than 200 rigs running, it is expected to be developed “for decades to come.”

Impact on the local economy

It has also been called “quite possibly the largest single economic development in the history of the state of Texas” as well as “the largest oil & gas development in the world based on capital invested.” That translates to a multi-billion-dollar impact on the South Texas economy and more than 100,000 jobs pouring into the area. With so many new jobs in a booming area, the need for quality homes in a desirable SouthSide setting has never been greater.

Increasingly, that need is being met at Mission del Lago, the premier master-planned community on the SouthSide. Mission del Lago offers an array of spacious homes, well-designed floorplans, modern amenities, and a convenient location close to Eagle Ford Shale and other top area employers like the San Antonio Toyota plant as well as a host of area hotspots. Move-in ready homes from D.R. Horton and Lennar Homes offer homebuyers a unique opportunity to purchase a brand-new home in the community without the wait of construction.